Shoppers in online marketplaces, or customers checking reviews before dining or retaining a service, have become increasingly reliant on internet testimonials. Mark P. of Hoboken, NJ rates Hank’s Burger Depot 5 out of 5 stars, and he tells you it’s the best burger and shake he’s ever had. But did Hank promise Mark P. a free meal in exchange for leaving that review? Does Mark P. work at the Burger Depot? Does Mark P. even exist? As e-commerce, social media, and influencer marketing have all grown and become intertwined, it has become increasingly difficult to discern what constitutes an authentic positive review or endorsement for a product or service online. 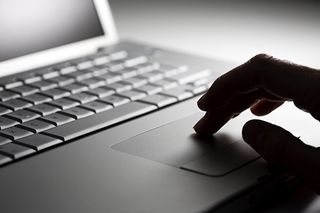 formal warning to hundreds of companies across a wide span of US industries, indicating that it will penalize deceptive practices related to fake or misleading reviews and endorsements. This warning follows increased litigation in recent years over these practices, which remains ongoing.

On October 13, 2021, the FTC formally issued a Notice of Penalty Offenses, stating it was “blanketing industry” with the warning that the FTC will use its penalty powers under Section 5(m)(1)(B) of the FTC Act if those companies engage in deceptive conduct regarding online endorsements and reviews. The list of more than 700 companies includes many of the biggest companies in the United States, including Amazon, Google, and Walmart, in a variety of sectors, and also includes advertisers and advertising agencies. The inclusion of the companies does not mean they have engaged in these practices previously, but it does mean that the FTC will find that they are on notice of the prohibition if they are found to have engaged in such deceptive practices in the future. The penalties for future violations are significant—up to $43,792 for each violation.

The Notice defines the deceptive conduct as including—but not limited to—falsely claiming an endorsement by a third party; misrepresenting whether an endorser is an actual, current, or recent user; using an endorsement to make deceptive performance claims; failing to disclose an unexpected material connection with an endorser; and misrepresenting that the experience of endorsers represents consumers’ typical experience. The FTC issued FAQs elaborating on the proscribed conduct. For example, the proscribed “unexpected material connection” could include the endorser being a relative or employee of the marketer, or if the endorser has been paid or given something of value to tout the product.

The FTC’s announcement that it will rely on its Section 5 civil penalty powers pursuant follows a recent Supreme Court ruling that stripped the FTC of other enforcement powers. In late April 2021, the Court unanimously ruled in AMG Capital Management, LLC v. FTC that Section 13(b) of the FTC Act does not allow the FTC to seek monetary remedies in federal court. Immediately following the ruling, then-FTC Commissioner (and recently confirmed CFPB Director) Rohit Chopra urged the FTC to “deploy the FTC’s dormant Penalty Offense Authority” under Section 5 to make up for the loss of the Section 13(b) powers. In October 2020—in anticipation of the Court’s ruling in AMG Capital Management—Chopra co-authored an article in the University of Pennsylvania Law Review with Samuel A.A. Levine, titled “The Case for Resurrecting the FTC Act’s Penalty Offense Authority,” which maps out the FTC’s penalty offense authority under Section 5(m)(1)(B) of the FTC Act and promotes the use of that authority particularly for “online disinformation.”

Aside from the FTC, consumers and competitors have increasingly litigated these questions in the past few years, seeking ways of holding companies accountable for faking reviews in order to gain a leg up on competitors or mislead consumers. Litigants have relied on the Lanham Act’s prohibition against false advertising, state consumer protection statutes, and other state law claims. Outcomes have been mixed, depending on the legal theory and the parties’ ability to prove or sufficiently allege that a company has falsified reviews. A sample of recent cases related to fake online reviews or endorsements across jurisdictions appears below: