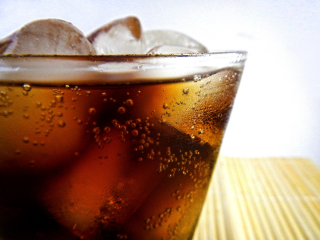 Engurasoff arises out of a long-running multidistrict litigation in which the plaintiffs alleged that Coke, Coca-Cola’s signature cola, is mislabeled as having “no preservatives” and “no artificial flavors” because it contains phosphoric acid, which allegedly functions as both an “artificial flavor” and a “chemical preservative.” In February 2020, the district court granted the plaintiffs’ motion to certify an injunctive relief class under Rule 23(b)(2) and held that they had established standing to seek injunctive relief under Davidson. In reaching this conclusion, the district court reasoned that consumers could satisfy Davidson by alleging either (1) that “their inability to rely on the labels would cause them to refrain from purchasing a product that they otherwise would want” or (2) that they would “purchase the product in the future, despite the fact that it was once marred by false advertising or labeling, because they may reasonably, but incorrectly assume the product was improved.” In re Coca-Cola Mktg. & Sales Practices Litig., No, 14-2555, 2020 WL 759388, at *5 (N.D. Cal. Feb. 14, 2020) (citation and internal quotation marks omitted). The district court agreed with Coca-Cola that the plaintiffs did not satisfy the second test because there was no reasonable possibility that Coca-Cola would stop using phosphoric acid as an ingredient in Coke, whose formula—leaving aside the ill-fated rollout of New Coke—has remained largely unchanged for over a century. But the district court nonetheless found that the plaintiffs had satisfied the first test by alleging that they would purchase Coke in the future, even if it continued to contain phosphoric acid, so long as the labeling either disclosed the presence of phosphoric acid or refrained from representing that Coke was free of preservatives and artificial flavors. See id. at *7-9. 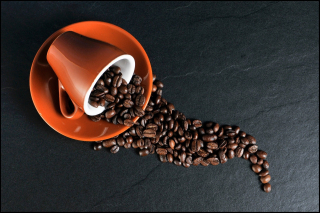 On August 27, 2021, the Second Circuit upheld dismissal of a putative class action brought by Starbucks customers under New York consumer protection statutes. The plaintiffs alleged that Starbucks’s marketing materials promoting the quality of its coffee – including claims such as “the finest whole bean coffees,” “Best Coffee for the Best You,” and a “PERFECT” coffee experience – were misleading due to the chain’s alleged use of pest-control pesticides in some of its Manhattan stores. The district court disagreed, dismissing the complaint on the basis that the plaintiffs did not allege “any statements likely to mislead reasonable consumers.” George v. Starbucks Corp., No. 19-6185, 2020 WL 6802955, at *2 (S.D.N.Y. Nov. 19, 2020). The court found that the vast majority of the challenged statements were patently puffery, while the only statement that could conceivably support a claim for deceptive business practices – that Starbucks baked goods contain “no artificial dyes or flavors” – was not rendered false or misleading by the alleged use of pesticides in Starbucks’s stores. Id.

Undeterred, the plaintiffs appealed to the Second Circuit, arguing that Starbucks’s advertising implied quality and purity inconsistent with the use of pesticides. Again, the plaintiffs were rebuffed by the court. In a short summary order, the Second Circuit agreed with the district court’s reasoning and held that “almost all of Starbucks’s statements referenced in the amended complaint constitute puffery.” George v. Starbucks Corp., No. 20-4050-CV, 2021 WL 3825208, at *1 (2d Cir. Aug. 27, 2021). Those that were “specific enough to be more than puffery” referred only to “how Starbucks sources its products and crafts its coffee and the ingredients it uses in its baked goods” such that “[n]o reasonable consumer would believe that these statements communicate anything about the use of pesticide[s] in Starbucks’s stores.” Id. at *2.