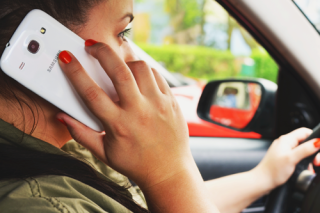 On April 1, 2021, the Supreme Court of the United States unanimously reversed the Ninth Circuit Court of Appeals decision[1] in Facebook Inc. v. Duguid et al., No. 19-511, and held that in order for a device to be an “automatic telephone dialing system” (ATDS), a key term in the Telephone Consumer Protection Act of 1991 (TCPA), 47 U.S.C. § 227, it must have the capacity to use a random or sequential number generator to either store or produce phone numbers to be called.[2] This decision represents a significant victory for entities defending against TCPA claims.

The TCPA prohibits making calls or sending text messages to mobile telephones using an ATDS (often simply referred to as an “autodialer”) without the prior express consent of the recipient. What precisely that means has become a heated dispute in TCPA litigation because using an ATDS to place a call is an essential component of many TCPA claims. The statute defines an ATDS as “equipment which has the capacity—(A) to store or produce telephone numbers to be called using a random or sequential number generator; and (B) to dial such numbers.”[3] Lower courts had split on the provision’s meaning. The Third, Seventh, and Eleventh Circuits interpreted the provision narrowly, holding that an ATDS must have the capacity to generate random or sequential phone numbers, not merely to store and dial the numbers automatically.[4] The Second, Sixth, and Ninth Circuits had taken a broad approach, holding that an ATDS need only have the capacity to store numbers to be called and to dial those numbers automatically.[5]

The Supreme Court Duguid answered the question of whether a device constitutes an ATDS if it can “store” and dial telephone numbers, even if it does not “us[e] a random or sequential number generator.”[6] It took the narrow view.

The Duguid plaintiff claimed Facebook, Inc. (Facebook) violated TCPA when it allegedly sent him text messages to alert him to login activity on a Facebook account linked to his telephone number,[7] even though he never created that account (or any account on Facebook) and had not provided his phone number to Facebook.[8] The text messages at issue were sent to the plaintiff using Facebook’s login notification system, which automatically sends users text notifications when someone attempts to log in to the user’s account from an unknown device or browser, but which does not use a random or sequential number generator.[9]

The Court sided with Facebook, reasoning that “[u]nder conventional rules of grammar, ‘[w]hen there is a straightforward, parallel construction that involves all nouns or verbs in a series,’ a modifier at the end of the list ‘normally applies to the entire series.’”[12] The Court also concluded that the statutory context confirmed this reading, because the plaintiff’s proposed interpretation “would capture virtually all modern cell phones,” which can store and dial numbers.[13] Therefore, in the Court’s view, the more expansive reading would mean that “ordinary cell phone owners” could face TCPA liability “in the course of commonplace usage, such as speed dialing or sending automated text message responses.”[14]

Justice Sotomayor, joined by seven justices, wrote the Court’s opinion. Justice Samuel Alito concurred in the judgment, but wrote separately to opine on the limitations of the Court’s “heavy reliance” on the “series-qualifier canon,” noting that interpretive canons “are not ‘rules’ of interpretation in any strict sense but presumptions about what an intelligently produced text conveys.”[15]

The Supreme Court’s decision will likely have a profound impact on TCPA litigation, as the use of an ATDS is a necessary element of many TCPA claims. But the decision is unlikely to “unleash” a “torrent of robocalls,” as Duguid had argued, because the TCPA’s other restrictions still stand, such as prohibiting artificial or prerecorded voice calls to residential and wireless numbers.[16]

And backlash to the decision was swift. In an April 1 joint statement, Senator Edward J. Markey (D-Mass.) and Representative Anna G. Eshoo (CA-18) criticized Duguid as “toss[ing] aside” an “essential consumer protection,” and described it as “disastrous for everyone who has a mobile phone in the United States.”[17] Further, the legislators—who had led 19 members of Congress in submitting an amicus brief supporting the Ninth Circuit’s broader reading of ATDS—stated that “[b]y narrowing the scope of the TCPA, the Court is allowing companies the ability to assault the public with a non-stop wave of unwanted calls and texts, around the clock.”[18]

Senator Markey and Representative Eshoo declared an intent to introduce legislation to “fix the Court’s error” and amend the TCPA.

The Court’s ruling provides welcome clarity and uniformity on a contested issue. It notably also eliminates the need for the FCC to provide an interpretation of ATDS, as the 2018 remand of ACA Int’l v. FCC[19] otherwise would have required. But it does not eliminate TCPA risks for callers. Companies must still be prudent about which technologies they use to contact consumers. Companies should also ensure they still comply with the other requirements of the TCPA, such as the ban on placing pre-recorded telemarketing calls to residential telephone numbers without the prior express written consent of the recipient or placing calls to numbers on the Do Not Call registry; and should still maintain proper records to demonstrate that they only market to consumers who have provided consent. Additionally, businesses should train employees on TCPA compliance, and must ensure that all of their third-party vendors comply with the TCPA, including by not using a proscribed ATDS to contact customers. Because Duguid applies only to the TCPA, companies must also confirm that they comply with other state and federal robocall laws.