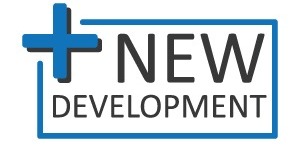 In a decision issued on August 5, 2019, the US Court of Appeals for the Second Circuit created a split with other courts, including the Third Circuit, on the issue of whether there is a private right of action for rescission under the Investment Company Act (ICA).  The Second Circuit held that, based on the text of the statute and its legislative history, “ICA § 47(b)(2) creates an implied private right of action for a party to a contract that violates the ICA to seek rescission of that violative contract.”  Oxford University Bank v. Lansuppe Feeder Inc., No. 16-4061 (2d Cir. Aug. 5, 2019), Slip op. 23.  In so holding, the court acknowledged that it was creating a circuit split:

We note that the Third Circuit and several lower courts have reached the opposite result.  In Santomenno ex rel. John Hancock Trust v. John Hancock Life Ins. Co., 677 F.3d 178 (3d Cir. 2012), the Third Circuit found plaintiffs lacked a private right of action to seek rescission under § 47(b).  Plaintiffs in Santomenno alleged violations of ICA § 26(f), which makes it unlawful to pay ‘fees and charges’ on certain insurance contracts that exceed what is ‘reasonable,’ id. at 187, and sought rescission (in addition to monetary damages).  The court in Santomenno found that plaintiffs did not have a cause of action.  We do not find the reasoning in Santomenno persuasive.

Litigators should watch to see how other courts weigh in, and whether the Supreme Court ultimately takes up the issue to resolve the split.

Gabriel Gillett is an Associate in Jenner & Block’s Appellate & Supreme Court Practice in Chicago.   Howard Suskin is a Partner and Co-Chair of the Securities Litigation Practice Group at the firm.

Posted by Jenner & Block LLP at 01:50 PM in Decisions of Note | Permalink