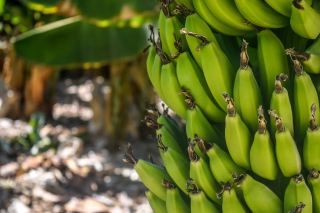 On August 7, 2019 the Second Circuit certified two questions to the New York Court of Appeals with broad implications for multi-jurisdictional class actions.  First, “whether New York recognizes ‘cross-jurisdictional class action tolling,’ i.e., tolling of a New York statute of limitations by the pendency of a class action in another jurisdiction.”  Chavez v. Occidental Chem. Corp., -- F.3d. --, 2019 WL 3673190, *1 (2d Cir. Aug. 7, 2019).  Second, “whether non-merits dismissal of class certification can terminate class action tolling” when dismissal included a “return jurisdiction” clause allowing the plaintiffs to renew their claims if they were unable to find an adequate forum in their home countries.  Id.

The case was brought by agricultural workers from Costa Rica, Ecuador and Panama, alleging they suffered adverse health effects from a pesticide used on banana plantations.  The parties agree that their claims accrued no later than August 1993 and are subject to New York’s 3-year statute of limitations in personal injury actions.  However, the parties dispute whether plaintiffs’ claims were tolled by related actions filed in other jurisdictions.

Judge Sack, writing for Judges Raggi and Carney, found no clear case law on whether New York State would recognize cross-jurisdictional class action tolling.  The panel explained that, although New York has adopted the federal rule from American Pipe Construction Co. v. Utah, 414 U.S. 538 (1974) that allows for class-action tolling, New York state courts have not determined whether New York would apply that rule to class actions in other jurisdictions.  Courts within the Second Circuit that have been tasked with predicting New York’s ruling on the issue are split.  See, e.g., Chavez, 2019 WL 3673190, at *7 n.5.  So too, the Second Circuit recognized, are courts in other states that have faced the same issue.  Id.

Posted by Jenner & Block LLP at 08:13 AM in Decisions of Note | Permalink