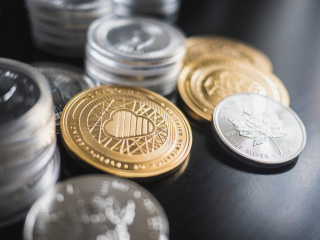 In the first half of 2019, the “crypto-winter” that had set in during 2018 appeared to see signs of a thaw, albeit with new regulatory developments and controversy continuing to characterize the space.  On the regulatory front, the Securities and Exchange Commission (SEC) issued more detailed guidelines for companies seeking to sell digital tokens.  The 13-page “Framework for ‘Investment Contract’ Analysis of Digital Assets” provides a detailed analysis of the factors relevant to the Howey test that the SEC uses to determine the existence of a security (and all that designation entails).  At the same time, the SEC issued a no-action letter for a company that had represented it would not be using its tokens to fund the development of the token network, and that the tokens would be immediately usable—underscoring two key factors of the SEC’s assessment.  In another development, the Financial Action Task Force (FATF)—a global inter-governmental organization focused on fighting money-laundering—issued new guidelines on cryptocurrency companies operating in its 37 member countries, including requirements about collecting user information.  FINRA has also decided to continue a reporting initiative it announced last year.

On the news-making front, much industry attention was paid to the SEC’s suit against a Canadian messaging company called Kik Interactive, alleging that Kik propped up its failing business by pivoting to an unregistered token offering through which it raised $100 million.  Some have viewed the case as one to watch to see whether courts will view digital tokens the same way as the SEC has.  More recently, focus on developments at the SEC have been overtaken by news of Facebook’s anticipated Libra token.  Built on a permissioned blockchain network overseen by a litany of household names, and backed by a basket of traditional assets, the Libra token met early news of its potential to change the game for cryptocurrency.  More recent weeks have seen a flurry of commentary by regulators and legislators focused on the need to analyze the token under existing financial services laws, as well as concerns about money-laundering, consumer protection and privacy.  For those interested in the space, it will be worth monitoring further developments as they unfold.