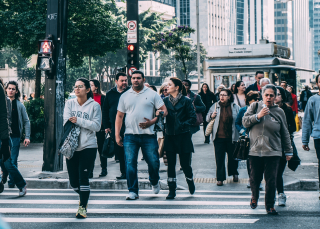 For the past forty years, the consumer welfare standard (CWS) was the consensus economic model that antitrust enforcement agencies used to determine whether a company’s behavior necessitates antitrust action.  The CWS became mainstream after former DC Circuit Justice Robert Bork published his exceedingly influential The Antitrust Paradox in 1978.[1]  The book argued that antitrust laws were created to maximize consumers’ benefits, which meant focusing on surplus gains for consumers while disregarding efficiency gains for producers. The US Supreme Court quickly solidified Bork’s views in Reiter v. Sonotone Corp.[2]  The CWS has since provided more predictability in antitrust enforcement, narrowing its focus purely on consumer prices.[3]

However, critics are now voicing concerns that it is time to broaden the factors analyzing what benefits consumers.  Critics have advocated that antitrust enforcement should be determined by a “total welfare standard" (TWS) instead.[4]  Note that it is not clear whether the TWS is best for any particular political point of view.  On the one hand, the standard considers whether mergers could lead to higher unemployment, or harm the environment.  On the other hand, the standard would allow some mergers that result in higher prices to consumers, but have benefits that outweigh those higher prices.

Although the FTC has not clearly stated if actual changes will come, there is now a debate on the appropriate standard that has not seriously occurred for several decades.

Earlier this year in the Staples-Essendant decision, dissenting Democratic Commissioners may have suggested Congress step in, and possibly create a regulatory role for US antitrust.[5]  Though Congress has not affirmatively signaled this type of action, some members of Congress have suggested modifications to the mainstream standard governing anticompetitive behavior.[6]

On March 4, 2019, the House Subcommittee on Antitrust, Commercial and Administrative Law added Lina Khan, a former legal fellow for the FTC, to its ranks to work on committee priorities related to competition and business regulation.[7]  Khan created quite a buzz in her January 2017 law review article criticizing the CWS and “Amazon’s Antitrust Paradox.”[8]  In the article, she argued that the CWS is currently “unequipped to capture the architecture of market power in the modern economy,” because the “current doctrine underappreciates the risk of predatory pricing and how integration across distinct business lines may prove anti-competitive.”[9]  Further, on March 5, 2019, the Senate Judiciary Committee solicited testimony from experts on whether the CWS is outdated and whether the United States should return to this earlier era of antitrust enforcement.[10]

Earlier this year, Republican Commissioner Wilson addressed the benefits of the TWS in a speech at an antitrust symposium at George Mason University’s Antonin Scalia Law School on February 15, 2019.[11]

Wilson held out the standard as a potential alternative to the CWS.  She explained that the TWS looks beyond customer impacts to consider all participants in the market, including both producers and consumers, and suggests that the TWS comes with other benefits.  One of the purported benefits is a focus on maximizing efficiency, instead of how surplus (or financial benefits) should be distributed across a market.  In Wilson’s view, this would ensure markets are as productive as possible—yielding the maximum gains from trades.  “Speaking colloquially, we would expand the size of the pie,” she said.

Wilson also highlighted that the FTC’s expertise lies in economics and efficiency, which fits better under the TWS.  Other agencies with expertise on making “judgments about the distribution of wealth,” would be better suited to analyze issues under the current CWS.

Further, she said criticism that the TWS would harm consumers fails to see that some markets have consumers that are also producers and distributors.  For instance, in the sportswear market, athletes may be consumers, employees and direct or indirect shareholders through vehicles like 401(k) programs—though not always simultaneously.

At the same time, the TWS raised questions such as whether it could clear conduct and mergers with benefits in one area, but also downsides in another.  She noted that policymakers, academics and antitrust practitioners should soon be considering the multiple benefits of the TWS in the coming months as they debate what should be the governing legal standard in modern antitrust law.

Wilson also spent time defending the mainstream CWS, stating that recent criticism of it fails to see that it does include other consumer impacts such as quality, innovation and labor.

This talk by Commissioner Wilson only adds more fuel to the fire that the FTC and policymakers are considering a move away from the mainstream CWS and will begin to considering other standards.

[10] “Does America Have a Monopoly Problem?: Examining Concentration and Competition in the US Economy,” Senate Subcommittee on Antitrust, Competition Policy, and Consumer Rights, March 5, 2019,https://www.judiciary.senate.gov/meetings/does-america-have-a-monopoly-problem-examining-concentration-and-competition-in-the-us-economy.

[11] “Welfare Standards Underlying Antitrust Enforcement: What You Measure is What You Get,” Christine S. Wilson, February 15, 2019,
https://www.ftc.gov/system/files/documents/public_statements/1455663/welfare_standard_speech_-_cmr-wilson.pdf.

Posted by Jenner & Block LLP at 04:31 PM in Antitrust | Permalink