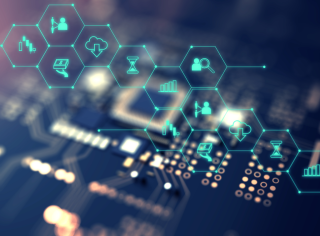 Earlier this month, a federal district court in New York handed a win to the New York State Department of Financial Services (DFS) in its long-running, closely watched suit seeking to block the Office of the Comptroller of the Currency (OCC) from issuing national bank charters to non-bank financial technology (FinTech) companies that don’t receive deposits.  Judge Victor Marrero denied most of OCC’s motion to dismiss and found the agency’s interpretation of the National Bank Act, 12 U.S.C. § 21 et seq., to be unpersuasive.  Vullo v. Office of the Comptroller of the Currency, No. 18-cv-8377, 2019 WL 2057691, at *18 & n.13 (S.D.N.Y. May 2, 2019).  DFS’s suit has significant stakes for the FinTech industry: under the United States’ dual banking system, nationally chartered banks are regulated primarily by OCC and avoid the application of most state laws and regulations through federal preemption, while financial institutions without national bank charters are generally subject to state oversight—and non-bank institutions are often regulated by multiple states. Id. at *8.  Judge Marrero’s decision casts doubt on whether comprehensive, uniform regulation of FinTech companies can be achieved without congressional action.

The OCC allegedly first began considering whether to accept applications from FinTech companies for special purpose national bank (SPNB) charters in early 2016, pursuant to a 2003 regulation authorizing such charters for entities engaged in “at least one” core banking function: receiving deposits, paying checks, or lending money. Id. at *2 (quoting 12 C.F.R. § 5.20(e)(1)(i)).  DFS first sued OCC in 2017, arguing that the National Bank Act (NBA) prohibits charters from issuing to entities that don’t receive deposits and that to issue them would violate the Tenth Amendment of the Constitution.  That suit was dismissed without prejudice in December of 2017 on justiciability grounds after Judge Naomi Reice Buchwald found that DFS had not suffered an injury in fact and that its claims were not ripe. Id. at *3.  After OCC announced in July of 2018 that it would begin accepting applications from non-depository FinTech companies for SPNB charters, DFS sued again, under the Administrative Procedure Act (APA) and the Tenth Amendment, to prevent OCC from issuing any charters and to invalidate the underlying regulation.  OCC moved to dismiss this past February, arguing that DFS lacked standing, its claims weren’t ripe or timely, and that on the merits it failed to state a claim. Id. at *4.  Judge Marrero issued a decision on OCC’s motion on Thursday, May 2.

Judge Marrero first addressed OCC’s justiciability arguments.  He found that DFS had standing based on two distinct alleged harms: i) the loss of “critical financial protections” for the citizens of New York that would result if non-depository financial institutions were no longer subject to DFS regulation; and ii) direct financial harm to DFS due to the loss of assessments levied on institutions it licenses and regulates. Id. at *8.  As to constitutional ripeness, the Court found that OCC “has the clear expectation of issuing SPNB charters,” and thus that “DFS has demonstrated a ‘substantial risk that harm will occur,’” making its claims ripe. Id. at *9 (quoting Clapper v. Amnesty Int’l USA, 568 U.S. 398, 414 n.15 (2013)).  Judge Marrero also rejected OCC’s argument that, insofar as DFS was challenging the validity of the underlying regulation authorizing SPNB charters—issued in 2003—its claims were untimely. Id. at *10-11.  The Court noted that DFS’s claims “cannot be both unripe and untimely,” and that to hold otherwise would allow agencies to insulate their actions from judicial review by promulgating rules and then waiting out the limitations period before taking any actions under those rules. Id. at *10.  The Court also invoked several administrative law doctrines and decisions allowing review of agency action where an agency claims broad new authority derived from an older regulation. Id. at *10-11.  OCC is free to re-raise its timeliness defense on a more fully developed record. Id. at *11.

On the merits, OCC’s chief argument was that the scope of the phrase “business of banking” in the National Bank Act is ambiguous, and thus that OCC’s interpretation is entitled to Chevron deference. Id. at *13.  The Court was not persuaded by this argument, concluding instead that the text, structure, purpose, and history of the statute all supported a conclusion that the NBA “unambiguously requires receiving deposits as an aspect of the business.” Id. at *13-16.  The original version of the NBA “is replete with provisions predicated upon a national bank’s deposit-receiving power,” and was based heavily on New York’s experience with a state banking law, under which deposit-receiving was always a core, unchallenged power of banks. Id. at *15.  The Court emphasized that OCC had never before chartered a non-depository institution in reliance on the “business of banking” clause; rather, the previous two times OCC began issuing national charters to such institutions, it acted in reliance on congressional amendments to the NBA explicitly authorizing it do so. Id.  The Court was reluctant to find a broad new agency power, with the potential to significantly disrupt the banking industry, in 140-year-old statutory language—the “Congress doesn’t hide elephants in mouse holes” canon. Id. at *16.  Judge Marrero acknowledged a significant line of authority finding ambiguous the “outer bounds” of the “business of banking,” but found those cases inapposite to determining what the necessary core activities of banking are, what he called the “threshold requirements” or “inner limits” of banking. Id. at *17.  In light of all these and other “interpretive clues,” the Court concluded that only depository institutions are eligible for national charters under the NBA’s “business of banking” clause, and that OCC cannot issue such charters to non-depository institutions without specific statutory authorization. Id. at *18.  Accordingly, DFS’s arguments that OCC’s plan to charter FinTech companies would violate the National Bank Act stated claims under the APA. Id. at *18.  However, the Court did dismiss DFS’s Tenth Amendment claim.  DFS argued that OCC violated the Tenth Amendment by exceeding its statutory authority and acting contra to congressional intent. Id.  The Tenth Amendment allows litigants to object to exercises of federal authority that exceed “the National Government’s [constitutionally] enumerated powers.” Id. at *19 (citation and quotations omitted).  The authority to regulate national banks has long been recognized as within the scope of the powers granted to Congress by the Constitution’s Commerce and Necessary and Proper Clauses. Id. at *18.  The court observed that DFS did not allege that it would “categorically lie beyond federal authority” for Congress to authorize OCC to issue national bank charters to non-depository institutions. Id. at *19.  DFS therefore did not state a Tenth Amendment claim. Id.