No Circuit Split Yet on Constitutionality of CFPB 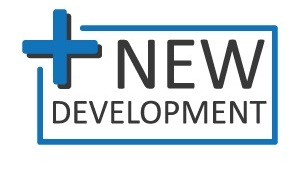 In a highly anticipated decision, the Ninth Circuit recently held that the target of a civil investigative demand from the Consumer Financial Protection Bureau (CFPB) could not avoid responding to the demand on the grounds that the CFPB itself is unconstitutional.  The Ninth Circuit thus joined the en banc DC Circuit in upholding the constitutionality of CFPB’s single-director, for-cause removal structure.  However, a circuit split may yet emerge with cases still pending before both the Second and Fifth Circuits raising the same issue.

Relying on the Supreme Court’s decisions in Humphrey’s Executor v. United States, 295 U.S. 602 (1935) and Morrison v. Olson, 487 U.S. 654 (1988), the Ninth Circuit rejected Seila’s argument, holding that “the for-cause removal restriction protecting the CFPB’s Director does not ‘impede the President’s ability to perform his constitutional duty’ to ensure that the laws are faithfully executed.”  Slip Op. at 8.  Perhaps presaging the future, the Ninth Circuit commented that “the Supreme Court is of course free to revisit those precedents, but we are not.”  Id.

Given that the Ninth Circuit’s recent decision was in accord with the DC Circuit’s decision from last year in PHH Corp. v. CFPB, 881 F.3d 75 (D.C. Cir. 2018) (en banc), as of yet there is no circuit split to present to the Supreme Court.  That could change though.  Last month, the Fifth Circuit heard oral argument in CFPB v. All American Check Cashing, Inc., an interlocutory appeal from the district court’s ruling upholding the CFPB’s constitutionality.  And currently being briefed before the Second Circuit is CFPB v. RD Legal Funding, LLC, which comes to the court in the opposite posture, with the district court having held that the CFPB’s structure is unconstitutional.

Interestingly, these cases pit agency lawyers against their own Department of Justice (DOJ).  While CFPB attorneys are defending the constitutionality of the agency before the various lower courts, DOJ is on record as stating that the position of the United States is that the for-cause removal restriction “impermissibly infringes on the President’s control of the Executive Branch, and unconstitutionally frustrates the President’s ‘responsibility to take care that the laws be faithfully executed.’”  See Brief in Opposition at 10, State Nat’l Bank of Big Spring v. Mnuchin, 139 S. Ct. 916 (2019) (No. 18-307), 2018 WL 6504249 (petition for certiorari denied).  One thing on which agency and DOJ lawyers do agree, however, is that “absent legislative action eliminating the restrictions on removal, the principal question presented in this case will ultimately need to be settled by th[e Supreme] Court.”  Id.