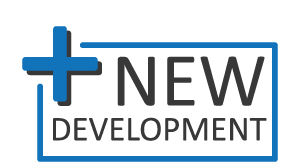 CFPB’s Arbitration Rule Came in with a Roar, Leaves with a Whisper On Wednesday, November 1, during a closed meeting, President Trump quietly signed into law House Joint Resolution 111, thereby voiding the Consumer Financial Protection Bureau’s (CFPB) arbitration agreements rule.[1]  That rule, which we wrote about in more detail here, was promulgated in July, and, starting in early 2018, would have precluded providers of a variety of consumer financial products and services from including class action waivers in their contracts with consumers.

Under current law, providers of most consumer financial products are free to preclude their customers from pursuing claims on a class basis.[2]  This practice has been criticized as unfairly limiting the legal recourse available to consumers—the CFPB’s rule was aimed at addressing this concern, but the rule came under fire for, among other things, potentially increasing the risk of frivolous litigation.[3]  In order to prevent the CFPB’s rule from going into effect, House of Representatives member Keith J. Rothfus introduced Resolution 111, and the House passed the Resolution by a vote of 231 to 190 in late July.

Last week, the Senate passed the Resolution by a vote of 51 to 50, with Vice President Pence breaking the tie.[4]  President Trump then signed the Resolution, over a plea from CFPB Director Richard Cordray on Monday to instead veto the Resolution.[5]  Cordray reportedly wrote, in part, "I think you really don't like to see American families, including veterans and service members, get cheated out of their hard-earned money and be left helpless to fight back,” and "I know that some have made elaborate arguments to pretend like that is not what is happening, [b]ut you are a smart man, and I think we both know what is really happening here."[6]

Continue reading "CFPB’s Arbitration Rule Came in with a Roar, Leaves with a Whisper" »