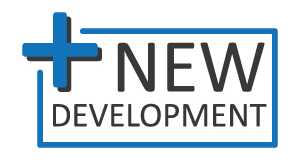 On February 9, 2017, House Judiciary Committee Chairman Bob Goodlatte introduced the “Fairness in Class Action Litigation Act of 2017” (H.R. 985), which seeks to amend the procedures used in Federal court class actions and multidistrict litigation proceedings.  Representatives Pete Sessions and Glenn Grothman signed on as cosponsors of the bill earlier this week.

According to Representative Goodlatte, the proposed reforms would “protect innocent individuals and small businesses who have become the targets of frivolous suits by attorneys who have found loopholes in our civil litigation system.”  He asserts that the provisions of the bill would “maximize recoveries by deserving victims, and weed out unmeritorious claims that would otherwise siphon resources away from innocent parties.”  See Press Release from the Office of Bob Goodlatte, Feb. 10, 2017 (available here).

Among other things, H.R. 985 proposes the following measures:

H.R. 985 has been referred to the House Committee on the Judiciary.  The text of the bill is available here.

Posted by Christina Aryafar at 09:37 AM | Permalink