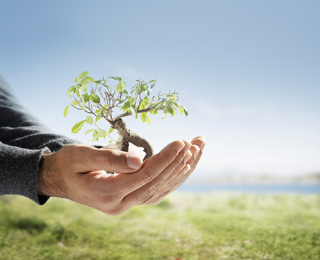 In an article written by Jenner & Block Partner Nancy Libin for The Hill, Ms. Libin examines the Federal Communications Commission’s (FCC) proposed privacy rules for broadband providers, which she calls both “anti-consumer” and “anti-competitive.” The article explains that the new rules depart from the Obama Administration and Federal Trade Commission’s (FTC) well-established policy and, as a result, limit companies’ ability to innovate and offer new products and services to their customers. She explains how the proposed rules also risk undermining the US-EU privacy shield agreement as well as distort competition in the online marketplace. In addition, the new rules do not distinguish between sensitive and non-sensitive data, a critical feature of US and EU privacy policies that ensures data use restrictions are linked to real privacy risks. Not only do the proposed rules lack this distinction, Ms. Libin maintains, but the FCC has not detailed any privacy harms or possible privacy harms that could result if the FCC adopted policies in line with the traditional FTC framework.

Posted by Mary Ellen Callahan at 10:49 AM | Permalink

SDNY Rules in Favor of Food Manufacturer in KIND MDL In 2015, following an FDA warning letter asserting that KIND LLC violated FDA regulations by advertising its signature KIND bars as "healthy and tasty," plaintiffs around the country filed lawsuits alleging that KIND misleadingly advertised its products as "healthy," "all natural, and "non GMO."  Once the cases were consolidated into an MDL before Judge William Pauley of the Southern District of New York, the claims began to narrow.  After the FDA declared in April 2016  that it would "reevaluate" its regulations concerning nutrient content claims in light of "evolving nutrition research," the plaintiffs dismissed their "healthy" claims but continued to maintain that KIND falsely labeled its products as "all natural" and "non GMO."  Last week, however, the court issued an order disposing of both of those claims.  The court first stayed the "all natural" claims under the “primary jurisdiction” doctrine.  Relying primarily on a recent line of Ninth Circuit cases, the court concluded that the case should be stayed in deference to the FDA's discretion and superior technical expertise and emphasized the benefit of "harmoniz[ing] court rulings" about the meaning of the term "natural."   The court then dismissed the plaintiffs’ claims that KIND falsely labeled its products as “non-GMO.”   Although the court acknowledged that “non-GMO” claims were “potentially cognizable,” it held that the plaintiffs’ claims were insufficiently pled:  while the plaintiffs alleged that some KIND products had tested positive for GMOs and that the presence of certain ingredients (such as corn) made it likely that the products contained GMOs, the court concluded that the plaintiffs’ “failure to specify which products included GMOs and whether they actually purchased those products renders their allegations insufficient.”