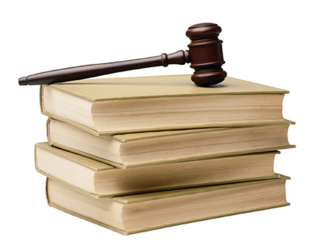 In Allen v. Boeing Co., the court ended a two-year cycle of removal, remand and appeal under the Class Action Fairness Act (“CAFA”).  Jocelyn Allen and a group of over 100 Washington property owners sued The Boeing Company (a Delaware Co.) in Washington State Court for alleged environmental damage from contaminated groundwater caused by Boeing’s use of hazardous solvents dating back to the 1960s.  Plaintiffs also brought a claim against Landau Associates, Inc., a Washington-based environmental-remediation contractor who was hired in 2002, for negligence in remediating the contamination.  Boeing removed the matter to federal court as a “mass action” pursuant to the CAFA.  28 U.S.C. §1332(d)(11)(B).  Since then, the parties have been arguing about whether certain exceptions under the CAFA apply.  On this third trip to appellate court (and second trip to the Ninth Circuit), the question presented was whether the district court properly remanded the matter to state court pursuant to the CAFA’s “local controversy” exception.  The local controversy exception provides that federal courts “shall” decline jurisdiction for “truly local” controversies – meaning those where (1) more than 2/3 of the proposed plaintiffs are citizens of the filing state; (2) plaintiffs seek “significant relief” against at least one in-state defendant whose conduct is a “significant basis” for the asserted claims; (3) the “principal injuries” were incurred in the forum state; and (4) no similar class action has been filed within the last three years.  28 U.S.C. § 1332(d)(4)(A).  Boeing argued on appeal that Landau’s conduct, and the relief sought from Landau, was not “significant” compared to Boeing’s.  Boeing argued that Plaintiffs failed to distinguish between the relative involvement of Boeing and Landau, and failed to specify the division of damages sought against the two defendants.  If they had done so, Boeing argued, it would have been clear that Landau was an isolated player that arrived on the scene decades after the groundwater was allegedly contaminated, and that Landau’s exposure to liability was insignificant in comparison to Boeing’s.  The court held that a determination about the respective abilities of the defendants to satisfy a judgment would result in an improper “mini-trial on the merits.”  Further, the fact that Landau was one of only two defendants and that Plaintiffs asserted separate claims against Landau for its conduct made it “significant.”  The Ninth Circuit affirmed the district court’s remand order, sending the matter back to remain in state court.