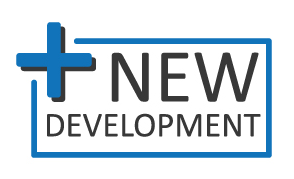 Yesterday, the U.S. House of Representatives passed the Defend Trade Secrets Act of 2016, the much-debated federal legislation that provides a civil right of action under the existing Economic Espionage Act of 1996 to prevent or redress a theft of trade secrets.  The bill as reported to the House on April 26 is here. The legislation enjoyed strong support from legislators of both political parties and major business trade organizations, passing the Senate unanimously and the House 410-2.  The bill authorizes a trade secret owner to file suit in U.S. District Courts for injunctive relief and damages and, most controversially, provides for seizure of the trade secret via an ex parte proceeding upon specific findings by the court, including immediate and irreparable injury, under “extraordinary circumstances.”  In the event of such seizure, a hearing must be held on notice within seven days.  In theory, the legislation could help to harmonize trade secret law on a national basis, but the bill expressly disclaims any preemption of state law, thereby layering this new federal right of action atop existing state-law causes of action for trade secret misappropriation. President Obama is expected to sign the legislation.