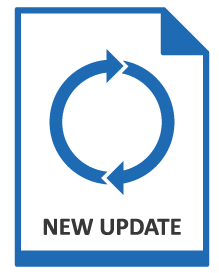 Earlier this week, the Eighth Circuit reversed the lower court’s certification of a class of Best Buy Co., Inc. shareholders alleging, in a Rule 10b-5 securities lawsuit, that Best Buy executives made misleading statements that artificially inflated the stock price.  The statements were contained in an 8 AM press release, and then confirmed during a 10 AM analyst call.  The Eighth Circuit found that Best Buy met its burden of showing that the statements made during the analyst call had no impact on Best Buy’s stock price.  In doing so, the Eighth Circuit became the first Court of Appeals to grapple with the Supreme Court’s decision in Halliburton Co. v. Erica P. John Fund, 134 S. Ct. 2398 (2014), which gives defendants the right to rebut the fraud-on-the-market presumption of reliance with evidence at the class certification stage showing the misstatement had no price impact.  The Eighth Circuit found that the “district court ignored [the fact] that defendants did present strong evidence on this issue.”  The evidence came from plaintiffs’ expert, who admitted that the statements made during the analyst call did not elevate, but had only “fraudulently maintained,” the share price.  The price had already risen following the earlier press release.  However, the statements in the press release were deemed forward-looking and, accordingly, non-actionable thanks to the Private Securities Litigation Reform Act’s safe harbor.  The evidence showed that the analyst call two hours later had no immediate price impact, severing any causal link between the representations during the call and the stock price at which plaintiffs purchased.  Thus, plaintiffs could not satisfy the predominance requirement of Rule 23(b)(3).