In May 2011, Anna Alaburda filed a class action lawsuit against her alma mater, the Thomas Jefferson School of Law (“TJSL”).  Ms. Alaburda alleged that despite graduating in 2008 near the top of her class and passing the bar exam on her first try, she was unable to find full-time employment as an attorney.  She claimed that TJSL misled potential students by inflating the post-graduate employment statistics it reported to U.S. News and World Report, the nation’s leading publication for law school rankings.  In particular, Ms. Alaburda alleged that when deciding to enroll at TJSL, she relied on a representation in the 2003 edition of U.S. News indicating that 80.1% of TJSL students were employed nine months after graduation.

Posted by Christina Aryafar at 11:56 AM | Permalink

A district court in the Northern District of California rejected a claim by a putative class of wireless users that the First Amendment bars enforcement of their arbitration clause with their wireless provider. Roberts v. AT&T Mobility LLC, No. 15-cv-03418-EMC (N.D. Cal. Feb. 29, 2016). Plaintiffs did not dispute that their wireless service contracts contained an arbitration provision, but argued that the provision was unconstitutional on the theory that if the court were to compel arbitration, that would be state action violating their First Amendment rights to petition a court for redress of grievances. The court found no merit to plaintiffs’ assertion that the mere fact of judicial enforcement automatically establishes state action. In the decision on defendant’s motion to compel arbitration, District Judge Edward M. Chen noted that in many private contracts there are provisions that arguably affect access to the courts, such as choice of venue, choice of law, statutes of limitations, and limitations on damages provisions; although these provisions may be subject to restrictions imposed by statutory and/or common law, courts have not held that judicial enforcement of these provisions, particularly as found in contracts between private parties, amounts to state action or raises constitutional claims.

Posted by Howard S. Suskin at 09:00 AM in Arbitration | Permalink 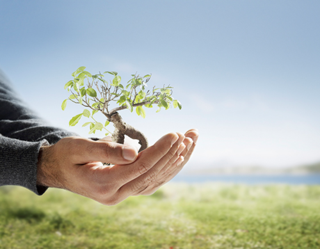 On March 24th, the Ninth Circuit reversed the district court’s dismissal of Kane v. Chobani, LLC.  In this putative class action, plaintiffs alleged violations of California’s consumer protection laws in connection with Chobani’s use of the terms “all natural” and “evaporated cane juice” on its yogurt labels.  Specifically, the plaintiffs claimed that the yogurt maker’s use of the terms was deceptive and misleading.  The district court found that, among other things, plaintiffs failed to plausibly allege that they actually relied on the labeling in making their purchasing decisions.

Interestingly, the Ninth Circuit did not issue a substantive ruling in Chobani, but rather remanded the action with instructions for the district court to enter a stay under the primary jurisdiction doctrine.  This doctrine allows the judicial branch to defer ruling on an issue that should be decided in the first instance by an executive agency with relevant expertise.  In this case, the Ninth Circuit recognized that questions regarding proper use of the terms “natural” and “evaporated cane juice” on food products “implicated technical and policy questions” that should be addressed by the U.S. Food and Drug Administration (“FDA”).  The Ninth Circuit noted that because the FDA has recently expressed its intent to issue updated guidance on the terms “natural” and “evaporated cane juice”, a stay would not cause indefinite delay and would further the court’s interest in judicial efficiency.  This decision could have repercussions for a number of pending lawsuits regarding the use of these disputed terms on food labels. 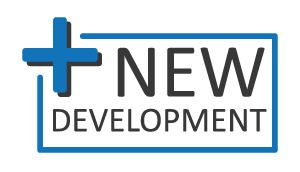 On Monday, jurors in the Pom Wonderful v. The Coca-Cola Company trial handed a victory to the defendant, clearing Coca-Cola of wrongdoing in connection with the labeling and marketing of its Enhanced Pomegranate Blueberry Flavored 100% Juice Blend drink.  Pom Wonderful LLC, etc. v. The Coca-Cola Company, etc., et al, CV 08-06237 (C.D. Cal. Mar. 21, 2016).  Pom Wonderful, which manufactures pomegranate blueberry juice and other pomegranate-based beverages, filed its lawsuit against Coca-Cola in 2008.  Pom alleged that Coca-Cola violated both the federal Lanham Act and California’s consumer protection statutes by labeling its juice blend as “pomegranate blueberry,” when in fact the beverage was made up primarily of apple and grape juice.  Pom claimed that it had lost sales to the tune of $77 million because Coca-Cola was able to undercut Pom’s pricing while misleading consumers into purchasing Coca-Cola’s pomegranate blueberry juice drink on the mistaken belief that the product contained more pomegranate and blueberry juice than it in fact did.  However, the jury rejected Pom’s theory of the case, perhaps influenced by Coca-Cola’s argument that Pom itself was guilty of deceptively marketing its products as heart healthy without sufficient support for such claim.

Surprise! An undisclosed third party may be able to compel arbitration if the issues in dispute are intertwined with the arbitration agreement. A California federal district court recently granted defendant Turn, Inc.’s motion to compel arbitration of a dispute with a putative class of New York Verizon subscribers.  Henson, et al. v. Turn, Inc., No. C 15-01497 JSW (N.D. Cal. Mar. 14, 2016).  Turn, an online marketing platform, partners with Verizon to utilize subscriber information to connect advertisers with their target audience.  Verizon subscribers sued Turn to prevent the company from allegedly surreptitiously monitoring their web browsing activities.  Turn moved to dismiss or stay the action on the basis of an arbitration clause contained in the service agreements between the subscriber plaintiffs and Verizon.  Turn was not a signatory to the service agreements.

The court held that under both New York and California law, a non-signatory to an arbitration agreement may compel arbitration when the claims at issues are “intertwined with the agreement.”  In this case, because the parties’ dispute hinged on a provision in the plaintiffs’ subscriber agreements with Verizon, and because the defense of the lawsuit would necessarily require introduction of those agreements, the issues were found to be “intertwined with the agreement” such that Turn could invoke the arbitration provision contained therein.

Continue reading "Surprise! An undisclosed third party may be able to compel arbitration if the issues in dispute are intertwined with the arbitration agreement." »

Posted by Kate T. Spelman at 04:44 PM in Arbitration | Permalink Companies facing the uncertainties of defending class actions in state court often seek ways to access the federal forum under the Class Action Fairness Act (“CAFA”), 28 U.S.C. § 1332(d).  The defendant in Amaya v. Apex Merchant Group, LLC, pending in the Eastern District of California, is trying to do just that.  In that suit, plaintiff alleges that defendant misclassified him and a class of other sales consultants as exempt employees, violating the California Labor Code and California Business & Professions Code.  At issue was whether the CAFA requirement that the “amount in controversy” exceed $5 million was satisfied.  The plaintiff omitted reference to any damages figures in the complaint.

That left defendant in the awkward position of calculating the value of plaintiff’s claims against it – with the goal of exceeding $5 million.  Defendant submitted a declaration from a record custodian calculating damages at almost $8 million. He reviewed business records and identified 1,750 sales consultants who were employed and terminated during the relevant time frame.  Defendant calculated statutory penalties for violations of the minimum wage requirements  and meal and rest period violations under Cal. Labor Code §§ 226.7 and 1197.1, and used a “conservative” calculation for unpaid wages at discharge.  Plaintiff submitted no evidence contradicting defendant’s calculations. 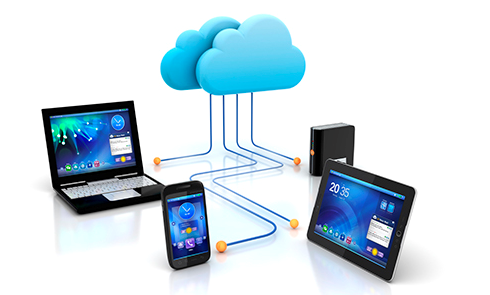 The Privacy Shield principles include Notice, Choice, Accountability for Onward Transfer, Security, Data Integrity and Purpose Limitation, Access, and Recourse, Enforcement and Liability.  These principles retain much of Safe Harbor’s structure and requirements, but they imposes additional obligations in several respects, including:

Posted by Mary Ellen Callahan at 10:35 AM | Permalink